Over the past few weeks, a disagreement within the Bitcoin Cash (BCH) community has escalated, culminating in the threat of another hard fork. As Roger Ver, one of the leading figures of Bitcoin Cash, wrote via Twitter, the chief developer of Bitcoin ABC, Amaury Séchet (@deadalnix), will conduct a Bitcoin Cash hard fork on November 15, 2020.

Bitcoin ABC and @deadalnix have announced that they are forking away from #BitcoinCash on Nov 15th. We wish them good luck with their new coin and thank them for the free airdrop to all BCH holders.

However, this is not the whole truth. As in the past, there is a dispute in the Bitcoin Cash community about whose blockchain may claim the “Bitcoin Cash” brand and the ticker symbol “BCH” after a fork. Of course, the Bitcoin ABC development team around Amaury Séchet will not give in without a fight. Séchet commented on the tweet from Ver on Twitter only as follows:

What is behind the renewed hard fork war in the Bitcoin Cash community?

The alleged cause for the renewed split of the Bitcoin Cash community is an update proposal for Bitcoin Cash announced about a month ago for November 15. Among other changes, Séchet and his development team will introduce a new “Coinbase Rule”, which provides that 8% of the mined BCH will be redirected to Bitcoin ABC to finance protocol development. According to Séchet, the financing should enable the provision of new development capacity to enable Bitcoin Cash to compete with Bitcoin and Ethereum.

However, the camp around Bitcoin Cash’s most famous evangelist, Roger Ver (founder of Bitcoin.com), and the client implementation Bitcoin Cash Node (BCHN) is against the implementation of the new “Coinbase Rule”. As Ver wrote, diverting part of the Bitcoin Cash block reward to pay a single development team is “is a Soviet style central planner’s dream come true“. 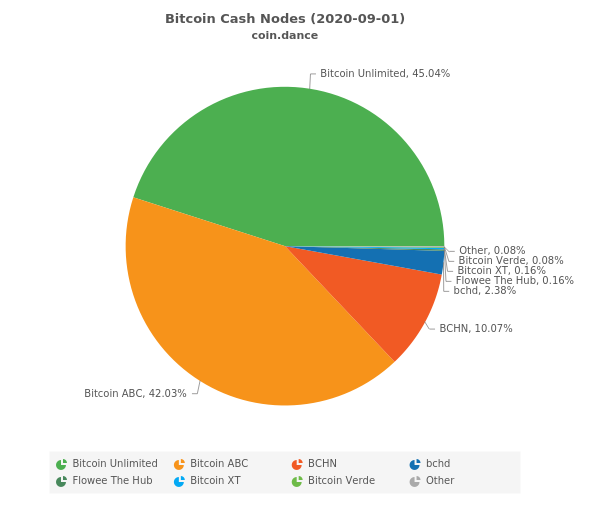 However, at the moment Ver’s camp still seems to have the majority of the community behind it. So the developers behind the Bitcoin Unlimited implementation have spoken out against the new Coinbase Rule. If they actually join Roger Ver’s camp, this would lead to a narrow majority of 55% rejecting the November upgrade and thus keeping the Bitcoin Cash brand.

Furthermore, in the last few days, some groups of Bitcoin Cash Miners, such as Binance, Huobi, BTC.Top, Hashpipe, P2Pool, F2Pool, Easy2Mine and Bitcoin.com have signaled “powered by BCHN” in the Coinbase parameters of the block. Despite that, it remains to be seen how the hard fork will turn out. There are still 75 days to go. Ironically, November 15th could be the same day that the Bitcoin SV hard fork took place two years ago.