Bitcoin is trading sub $30,000 after a hurricane-like gust of wind swept across the cryptocurrency market. The flagship digital assets had been rejected at $38,000, giving way to losses that took a pit stop at $34,000. However, the bearish outlook grew stronger, forcing BTC to test former support at $30,000.

XRP/USD bounces off 0.2400 threshold to currently around 0.2550 during early Friday. Even so, the altcoin stays near the lowest since January 06 while keeping the recent downside break of a symmetrical triangle established since January 10.

Zilliqa Price Prediction: ZIL seems to be on the verge of a massive 50% fall

Zilliqa had a massive run to $0.099 that ended on December 27, 2020. The digital asset has been under consolidation since then and it’s now on the verge of plummeting if a crucial support level is not defended by the bulls. On the 12-hour chart, Zilliqa has formed a symmetrical triangle pattern. 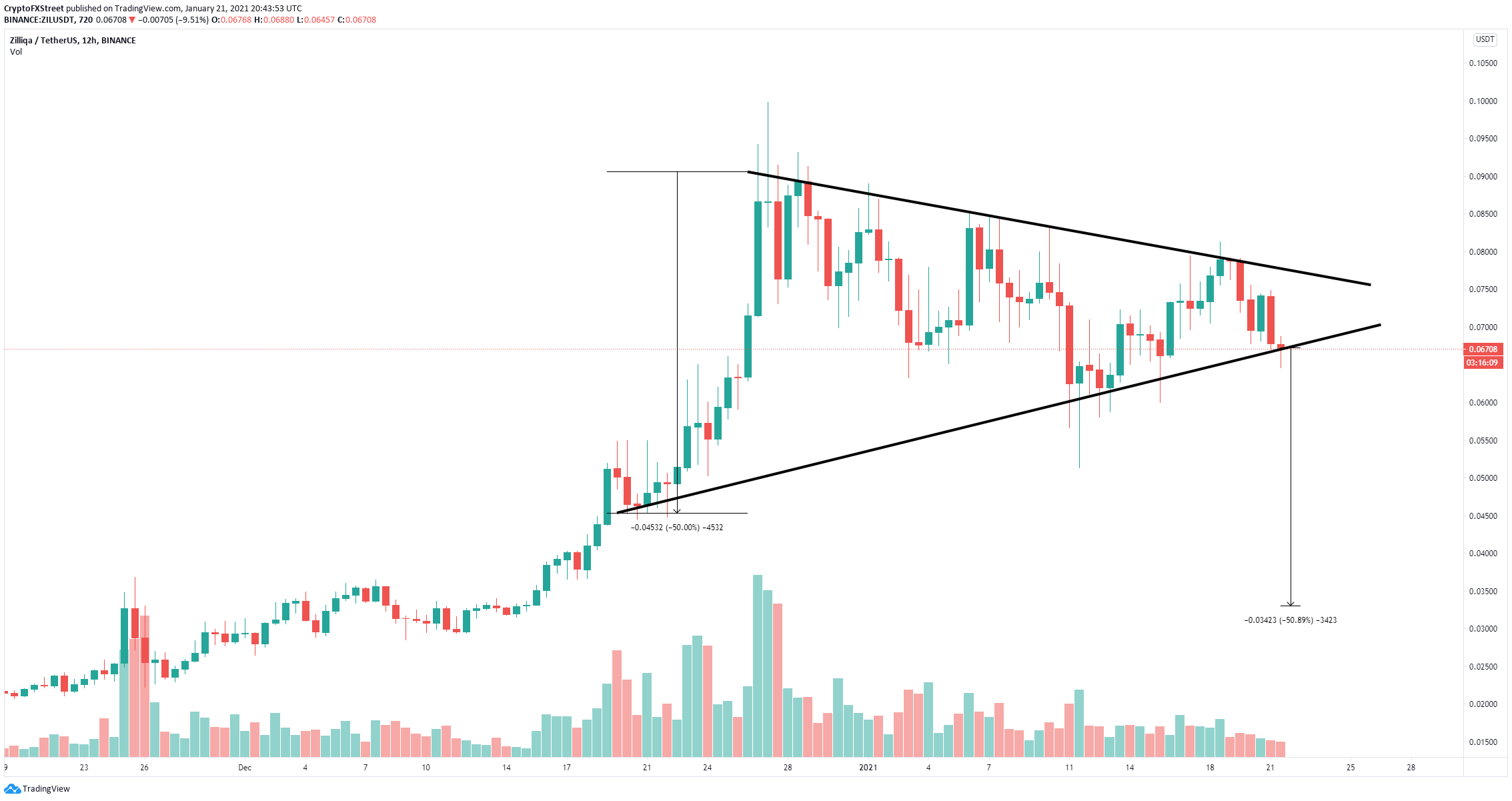