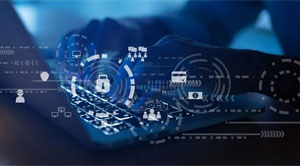 A blockchain ledger’s immutable nature makes it possible to create a system where any user only needs to go through the KYC process once and can use the platform to confirm their identity for all further procedures.

Fremont, CA: The identity verification process traditionally relies on government authorized documents like passport, driver’s license, or social security cards. KYC procedures are used to authenticate these documents, confirm the cardholder’s identity, and reduce the risk of fraud and identity theft. These procedures require an original identification document to ensure authenticity. However, the requirement often makes the KYC process inefficient and time-consuming. One of the most significant disadvantages of traditional KYC systems is that each organization authenticates the individual independently, with each check being chargeable and time-consuming. The process also increases risk as each attestation involves transferring personal data from the client-server to an external server, prone to interceptions and hacking.

The solution to this problem lies with blockchain architecture and distributed ledger technology (DLT). It speeds up the KYC process and makes it more secure and efficient. DLT enables systems to collect information from various service providers into a single, cryptographically secure, and unchanging database that does not need a third party to verify data authenticity. A blockchain ledger’s immutable nature makes it possible to create a system where any user only needs to go through the KYC process once and can use the platform to confirm their identity for all further procedures.

Identity management is an integral part of financial services. As system gatekeepers, banks are responsible for the prevention of financial crime and fraud. The KYC process becomes an essential part of identity management as it plays a vital role in fraud prevention and tracking, terrorist financing, and anti-money laundering. Despite advocating a simple premise, KYC is a complicated and expensive process. The success of the process is heavily reliant on streamlined processes that include specific requirements executed consistently. Post the financial crisis, regulators and law enforcement agencies have taken the additional step to implement increasingly strict and complex KYC requirements that often vary by country, region, or municipality. KYC regulations in the U.S. require banks to monitor identity documents and information like names and social security numbers, cash transactions higher than USD 10,000, citizens, or residents with significant financial withholdings outside of the U.S., and cross-border transport of cash or monetary instruments.