When it comes to market dominance, Bitcoin remains the clear winner jumping from a low of 57% on September 30 to a current peak at 69%. During the same time-frame, Ethereum’s dominance has dropped from 11.5% to 10.7%. However, things might be on the verge of changing

Ethereum price aiming for a rebound to $700

One of the best indicators of the potential of an asset’s price is the number of coins inside exchanges. This amount has dropped significantly over the past few months and it’s on the verge of touching a 2-year low at 22.43%.

Perhaps, even more importantly, is the number of Ethereum coins deposited inside the Eth2 deposit contract. It has reached more than 2 million coins which are now locked and represent close to $1.2 billion at current prices. Both metrics show that investors are ready to hold Ethereum for long periods of time.

It also seems that the social dominance of Ethereum has significantly dropped over the past few weeks, especially with Bitcoin rallying above $24,000 and Ripple being sued by the SEC. This is, in fact, a positive metric as it represents a good opportunity for new investors to jump in. 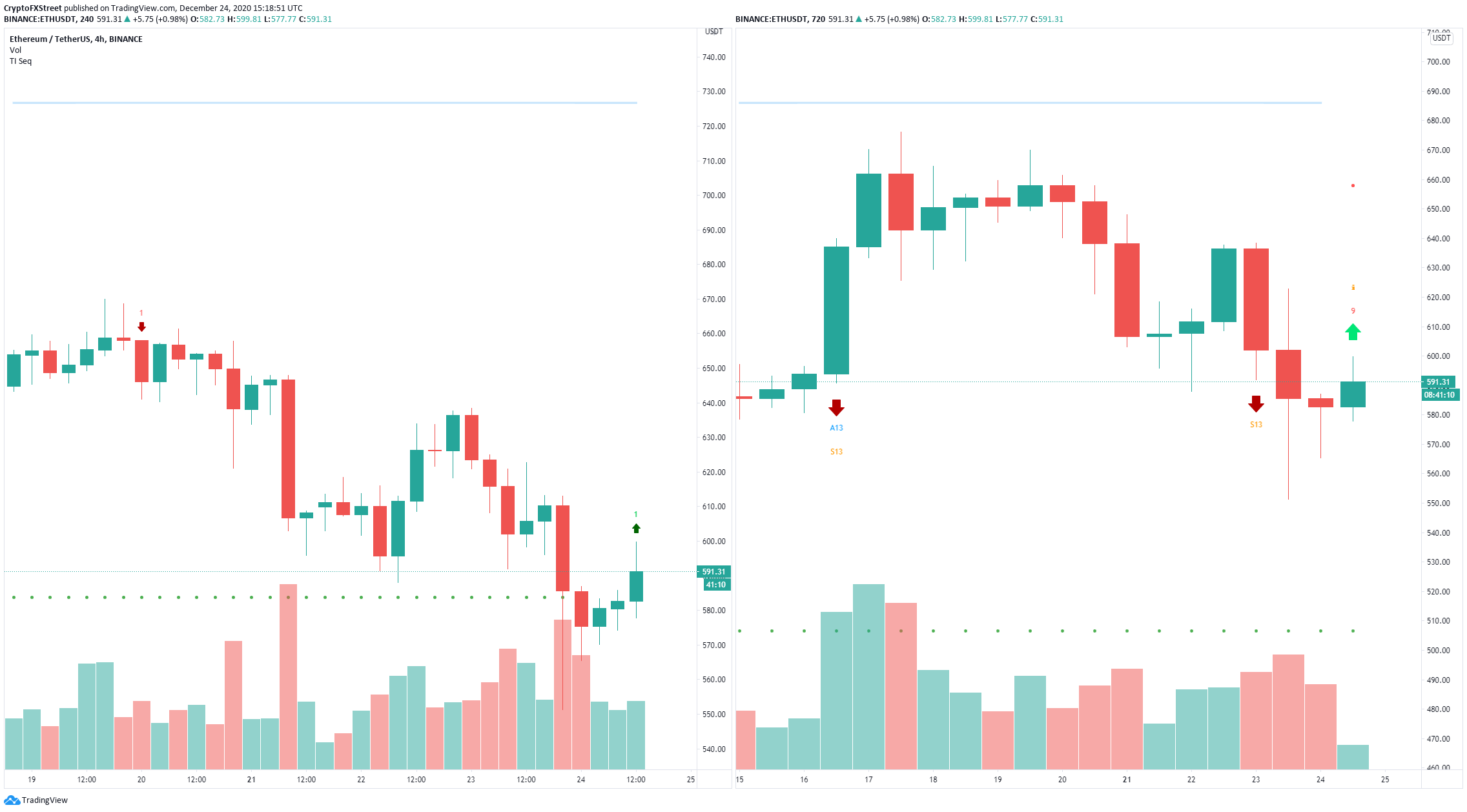 Additionally, the TD Sequential indicator presented buy signals on the 4-hour and 12-hour charts, adding even more credence to the bullish outlook.

Unfortunately, according to the In/Out of the Money Around Price (IOMAP) chart, there is steep resistance ahead, specifically between $628 and $645. A breakout above this point can quickly push Ethereum price towards $700.

However, failure to break this critical resistance area will most likely lead the digital asset into another correction. The IOMAP shows very little support on the way down. Bears could target a low of $500.