EToro, one of the famous crypto money platforms, published a quarterly report on October 14, drawing attention to the great changes in altcoin trading in the third quarter of 2020. According to the report, Bitcoin (BTC) lost about 40% of the trading volume in the exchange, while Ethereum (ETH) trading volume increased roughly 90% during this period, approaching the levels at the time of the 2017 ICO boom.

In the report of the platform, it was noted that there was a significant growth in altcoin trading volumes in general. Among EToro’s top 10 cryptocurrencies, Binance Coin (BNB) and Tezos (XTZ) traded 46% and 37% respectively in the third quarter, while these results were the two lowest increases in the global list. Cardano (ADA), XRP and Tron (TRX) global trade volumes increased by 90%, 59% and 203% respectively. In this case, it seems that there is an equality in Ethereum increases with Cardano. Bitcoin, on the other hand, was the only cryptocurrency in the top 10 to decline 38% in eToro’s global trade volume. 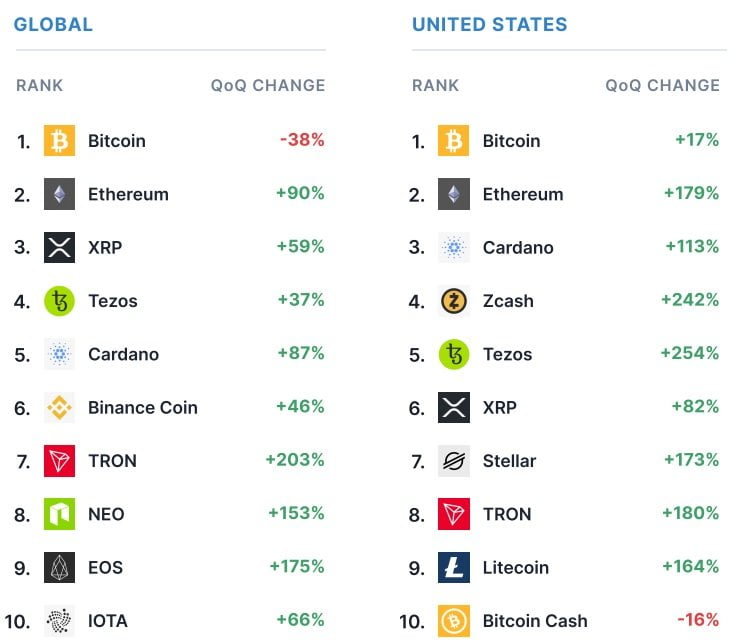 According to the researchers, the role of DeFi projects in accelerating Ethereum is also great. Because all Ethereum-based decentralized applications, including DeFi, require some level of ETH to work. Considering that ETH cannot be isolated economically, the importance of Ethereum becomes clear once again.

Increasing interest in Ethereum (ETH) thanks to DeFi

Guy Hirsch, one of the members of the management body of the platform, made similar statements on the subject and stated that the positive effects of DeFi’s ongoing rise, altcoin and Ethereum volatility approached the levels during the 2017 ICO boom.

While 2.7% of ETH’s total supply was locked in DeFi at the beginning of 2020, this rate is currently more than 7.5%. Such a change shows that interest in the use of Ethereum is increasing. This surge of interest has played a major role in attracting new retail investors to the cryptocurrency universe in recent months. We can say that investors have become more confident about using ETH as collateral.