With the announcement that the four Ethereum-based liquidity pools on Uniswap will close on November 17, Ethereum (ETH) and UNI prices have been spoken. The Uniswap community made a call to discuss the issue and the meeting was held. In the meeting, no agreement could be reached on issues such as extending Uniswap liquid pools or transitioning to a new pool application.

Uniswap runs 4 Ethereum based liquidity pools. These pools were put into service on September 17th. Reportedly, due to the pools that will close on November 17, investors are concerned about the possibility of a drop in the price of UNI and a withdrawal of $ 1.1 billion worth of Ethereum from Uniswap pools with the withdrawal of liquidity.

What was discussed in the meeting?

Monet Supply, a member of the Uniswap community, called on the community. Then, about 1 and a half hours of discussion was held about UNI and Ethereum. Community members; He focused on some questions such as how Ethereum and Uniswap prices will go, whether there will be a pump & dump. During the meeting where potential liquidity pools were also discussed, nobody could give a clear idea about what will happen when the 4 ETH-based pools that exceed $ 2.4 billion are closed.

In addition, when there was no response from Uniswap, the call was ended. According to Cointelegraph, volatility may increase significantly in the next week as there are no offers from Uniswap.

Wangarian, a Twitter user, shared several tweets that the UNI pools will close on November 17 and expressed his concern as follows:

“On November 17, UNI farming will end. Currently, approximately $ 2.3 billion of ETH-based funds are used for UNI farming. This means that approximately $ 1.1 billion of Ethereum will be dropped from the pools. What do you think will be the ETH price? In my opinion, a certain percentage of ETH will come out of these pools. ” 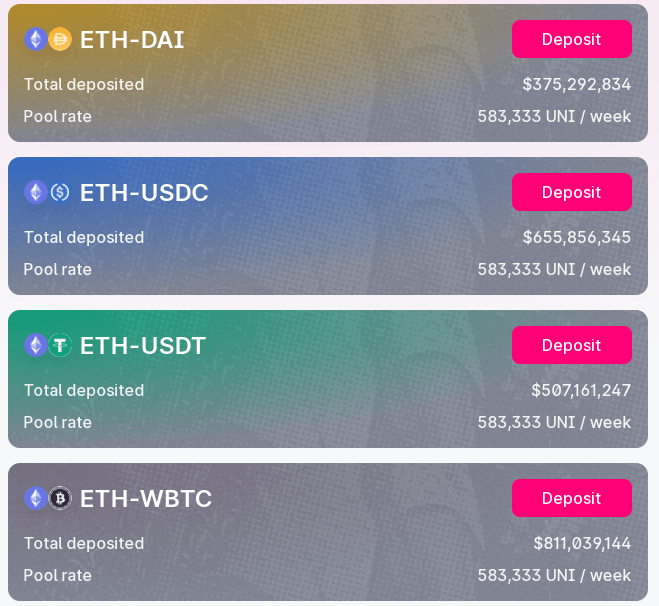