Here is what you need to know on Wednesday 9, September

BTC/USD is trading at $10,018, still defending the critical $10K support level even though the Dow Jones and other important indices had significant losses today. It seems that Bitcoin is breaking some of the correlation with the U.S. stock market thanks to the massive support at $10,000.

ETH/USD remains above $300, standing better than most coins and looking for a bounce with the help of the extended daily RSI.

XRP/USD continues defending $0.23, a crucial support level, and will also look to bounce back up with an extended RSI.

Chart of the day: XRP/ETH/BTC comparison

According to the newest report by CryptoCompare, the volume of crypto derivatives in August surpassed every other month, hitting a new all-time high. The total volume was also higher than in July and June but overall lower than May and the rest of 2020. The highest volume was in February and March when the market was peaking and plummeted due to the pandemic. 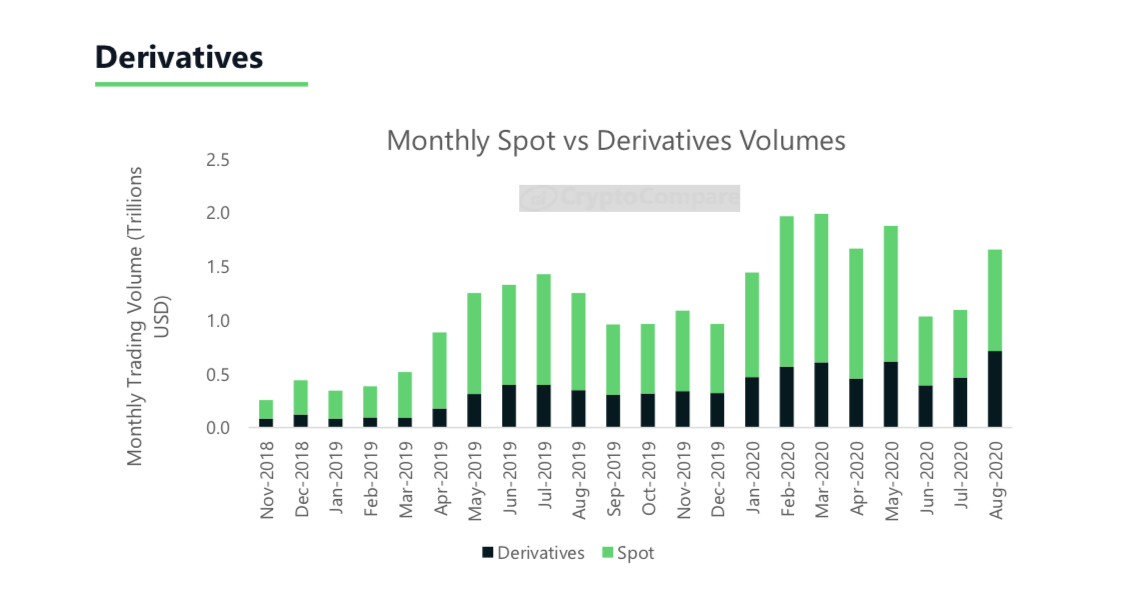 Eterbase might have been the culprit of the newest slip as it just announced that some of its hot wallets were compromised. It seems that attackers were able to steal BTC, ETH, XRP, XTZ, Algorand, and Tron coins. The total amount stolen was around $1.6 million. According to Eterbase, the team has already contacted local authorities and suspended all trading and bank withdrawals until September 10.

We have reported the matter to law enforcement and we are cooperating closely in the investigation. We want to assure our clients that we are taking all necessary steps to ensure that the amount of their deposit does not suffer any damage as a result of a hacker attack. https://t.co/x7nAgGGeod

Quote of the day

Cryptographical solutions might with great propriety be introduced into academies as the means of giving tone to the most important of the powers of the mind.