XRP is trading at $0.2340 after the notable crash on September 2. Bulls have been able to defend the daily 200-MA several days in a row as the trading volume continues dropping and the RSI gets closer to the oversold zone.

We can see how the 200-MA is acting as a healthy support level, further strengthened by the extended RSI. At the same time, XRP price is getting rejected from the 100-MA, currently established at $0.2439.

The TD sequential sent a strong buy signal on the 12-hour chart at around $0.23. The RSI is overextended and trading volume has been dropping for the past three days. The 200-MA is the one acting as a resistance level here, established at $0.2438.

According to Santiment, the number of users holding 1 million to 10 million coins has increased significantly while prices where going down. Nearly 7 new whales have joined the network in such a short period.Given the increase in buying pressure behind the cross-border remittances token, prices could rise to the next area of resistance around $0.26, right below the 100-MA and the 50-MA, based on the 12-hour chart. 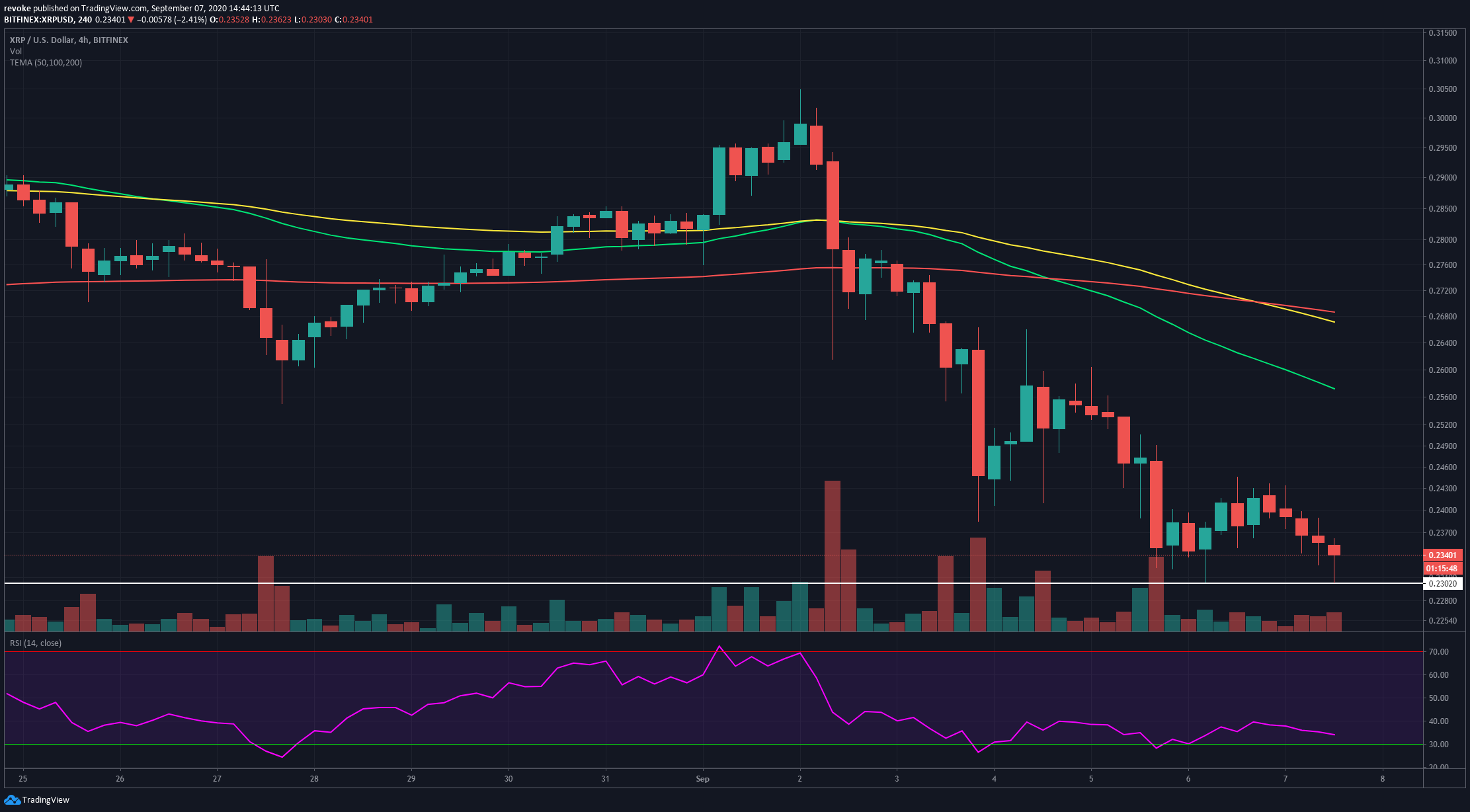 Zooming in more, we can see bulls have just established a double bottom that is not fully confirmed. If XRP can close above $0.23, this pattern will further confirm the strong buy signal on the 12-hour chart.

Moving averages are notably higher than the current price on the 4-hour chart and will eventually act as resistance levels.